Treatment revenues from American clinics showed a 21 percent increase whereas total revenues increased 51 percent during the second quarter. What's your comment on the report's figures?

- We are very pleased with the results that we posted for Q2. The 21 percent quarter over quarter increase from our US pay-per-treatment business was as we expected and what we forecasted. But in addition to the pay-per-treatment revenue we are also able to make a number of unit sales via our distributor network around the world.

- Then finally in the second quarter we began to realize revenue from the service and maintenance contracts as well as lease revenue that we assumed from our previous European distributor Sysmex. That's a really important development for the company in that we now control our both sales and service revenue business from the continent.

- At the end of Q1 we cancelled our distributor arrangement with Sysmex and acquired their installed base of 91 units across 11 countries. Now we are able to sell directly into these markets and previously that base of units we were responsible for servicing and maintenance when we received no revenue after the initial sale was made, now from that base of installs we are able to recognize both lease revenue as well as revenue from service and maintenance agreements and now again, have the ability to sell directly into a very large market that will become more of an important source of revenue for this company moving forward.

The operating loss has improved significantly during 2018. Prior to the move of the operational activities from Sweden to the US you expected cost cuts of around 15 million Swedish kronor annually starting mid 2018. To what extent have you been able to realize these savings?

- The transition of our operational activities from Lund to the US is complete. It was actually completed in advance of where we expected it to be done so by end of April virtually all activities that we anticipated moving to the United States have been done. We still maintain an operation in Lund however it is now far more efficient and our overall cost profile is dramatically reduced.

The operating loss for the second quarter was 2,7 million Swedish kronor. When is breakeven within reach?

- Breakeven from a continuing operations perspective is very close to being in reach. We define that as what is the cost to run this company, all of our personnel and operating cost with a revenue run rate of approximately 9 million Swedish kronor. That number is really close to being reached now. The operating loss of 2,7 million Swedish kronor was mostly attributable to the investment we are making in the new device development process. So as far as forecasting when we will actually be break even if not cash flow positive we are still hoping for a Q4 2018 - Q1 2019 date to actually post an operating profit.

By September Dignitana has 144 DigniCap units up and running in the US, up three units since the first quarter. In order to sustain revenue growth in the US you need to increase the utilization of existing locations. Tell us about this work.

- The net increase of three units from first quarter to second quarter also included the loss of 17 devices at one customer in the greater New York area which we have discussed previously so that we installed 20 devices over that quarter and the fact that again we showed a 51 percent revenue increase, 21 percent directly in the US, despite having lost 17 devices at the end of Q1 was really an incredible accomplishment for the company.

- Now with that one large customer loss behind us we are very focused on adding incremental patients and device counts as quickly as we are capable of doing so to insure each of those devices do have proper utilization rates and for us that involves a significant level of training, retraining and maintenance for each customer to again insure that our units are efficiently utilized at each site.

And what about the competition in the US?

- At this point we have one competitor, Paxman Coolers from the United Kingdom, also listed here in Sweden, is our only competitor right now from a FDA-cleared perspective. They joined the market about 1,5 year ago. There's tremendous opportunity for both providers at this point in that we are barely just scratching the surface of the demand in the US.

You are developing a smaller scalp cooling unit. Give us a brief background to this.

- The only device we have available today is capable of treating two patients. There are a great number of facilities in the US that offer patients the opportunity to be treated in a single patient environment. For those facilities a two-patient device is overkill. We will never obtain machine utilization rates capable of justifying investment in that larger device. Additionally, for a number of very high traffic dense urban environments the existing unit is also quite big so bringing a smaller device to market that has a lower cost as well as being more efficiently utilized is a really important project for this company.

- The new device will need be cleared under the FDA's 510k program. We already have a predicate device in the existing Dignitana C3 device so what we need prove with the new unit is substantial equivalency and we are able to do that via engineering reports and bench testing. We will file the application for an additional 510k for this device in Q4 and we anticipate the FDA deciding on the clearance of that within its standard 90-day time frame.

When is the new unit launched to the clinics?

- We anticipate being able to start providing clinics the new device towards the end of Q1 2019. 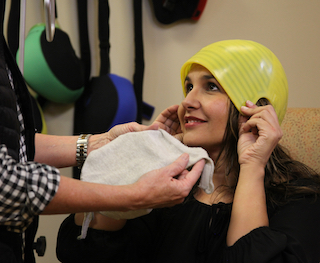 Läkemedelskandidater in i kliniska studier 2019 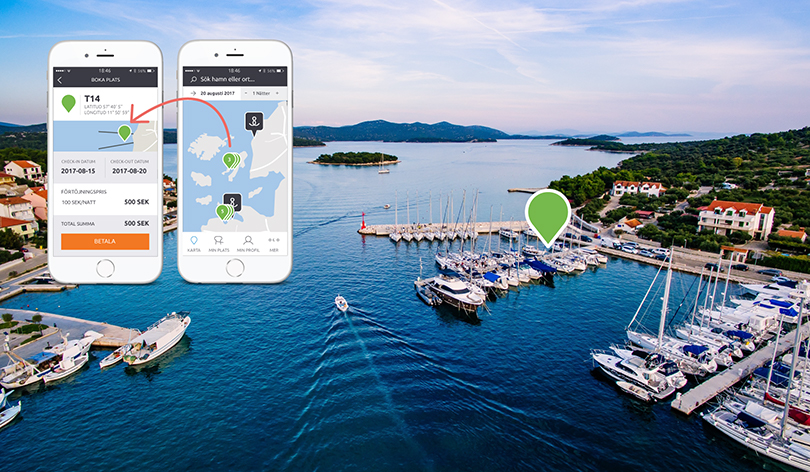