Nordic Iron Ore is looking to restart two mines in the Ludvika region. During June the company is offering a rights issue of 36 million Swedish kronor of new funding. What will this new funding be used for?

- This new funding will be used to support the company completing the final stages of the feasibility study and the economic assessment. And support it to a listing on the stock exchange and take us through to next year ahead of raising capital to build the mine.

And what makes this mine project attractive?

- I think the key thing is that this is a brownfield mine site. That means there was an existing mine there operating until a few years ago and that gives us a lot of ground infrastructure and surface infrastructure that we can capitalize on. This includes a very cost-effective rail network system, the Swedish national rail network, that takes it down to the port of Oxelösund which was built originally to export iron ore so all the facilities are already in place for us to do that.

- I think also importantly we applied for our permits some time ago and we have acquired all the necessary permits now to build and operate the mine. This is a key issue in today's world.

- Finally I guess the main key item is we know we can make a product from this mine which is of the highest quality. On a global stage it is a really high-quality ore and we can sell this to lots of markets.

The iron ore price is recovering after a significant decline starting in 2013. How does the price variation affect your calculations?

- Of course it has improved the situation significantly. The iron ore price has recovered but it hasn't recovered as much as it was before it declined in 2012 - 2013. However, what is significant is that the premium paid for high quality ore has improved a lot in the last 2 - 2,5 years. Where it was less than a dollar a ton difference for 1 percent of iron. Now we see that is increasing significantly and we can show that in a graph.

What is the driving factor behind this difference?

- The real driving factor has been triggered I guess by China looking to improve its’ environmental impact and environmental performance, to improve the air quality and so on. One of the big polluters is the steel industry and one of the few ways they can achieve improvement is to put in higher quality iron ore into the early stages of the process. Therefore you don’t have to melt as much waste material as previously.

Given a positive outcome of the ongoing feasibility study that you mentioned earlier, when will the company be ready to decide whether or not moving forward with the project in Ludvika?

- I am sure that decision will be taken towards the end of the feasibility study when we know what the economics are for the project and they can be evaluated properly by banks and financial institutions and other investors. We would expect that decision to be made before the actual feasibility study is completely written up. So we would expect that to be probably Q1 next year 2019.

What’s the estimated annual production once the mine is restarted?

- The average production is around 1.35 - 1.4 million tons a year of product from this mine. That is quite a small mine for iron ore but it is a high quality niche product so we think we’ll have no problems in being able to sell that into the market.

What’s the estimated payback time for this investment as a whole?

- Our current calculations suggest it is around 5 - 5,5 years but that will be concluded in the feasibility study when the full economic evaluation is made. It is a reasonable payback time for this kind of project.

U.S. president Donald Trump is imposing protective tolls on imports of steel and aluminum. How do think this will affect the iron ore market?

- In reality very little. It will have some sentimental impacts on certain commodities and obviously iron ore and aluminum ore are two of those. Overall I don’t think it will have a big impact. 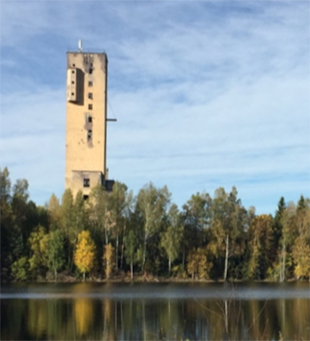