Amounts in parentheses: Comparative period of the preceding year.

Significant events in the first quarter of 2020

Significant events in the second quarter of 2020

Significant events in the third quarter of 2020

Significant events in the fourth quarter of 2020

Significant events after the end of the period

On 28 October, we announced we have applied for a license from the Swedish Medical Products Agency to operate a tissue establishment, which concerns the processing of tissues and cells to be used in the manufacture of our stem cell products. We recently had an inspection by the Agency and are awaiting their report.

Then, on 21 December, we announced that we have - according to plan - submitted our application to the Swedish Medical Products Agency for a license to produce cell therapy products, also known as Advanced Therapy Medicinal Products (ATMPs), at our own GMP (Good Manufacturing Practice) facility. The inspection by the Agency, which was planned for March, will now take place in early April so as not to conflict with other activities at our GMP facility. At that time, the Agency will determine whether the facility, the production process and the XSTEM product all meet existing regulatory requirements.

Once we have the permit in place, we can begin producing stem cells for our clinical trials. We plan to start our first trial with the XSTEM-OA product on osteoarthritis patients in 2021 and to test our stem cells for the treatment of other diseases going forward.

On 29 October, we had the privilege of announcing we have obtained preliminary approval from the European Patent Office for our XSTEM stem cell product, which protects the use of XSTEM for various treatments including osteoarthritis and other degenerative joint diseases, through 2038. We expect to obtain final approval shortly. Previously, we patented our method of selecting stem cells using our marker technology.

A new potential indication for XSTEM is Acute Respiratory Distress Syndrome (ARDS), a life-threatening lung complication for which there is no effective treatment today and that can affect, for example, patients who are severely ill with COVID-19. In an ongoing preclinical trial we are conducting in partnership with the cardiothoracic surgery clinic in Lund, Sweden, we are evaluating XSTEM in an animal model of ARDS and can see that animals treated using XSTEM experience a distinct improvement in lung function.

The pieces are falling into place in our oncology project as well. We have successfully evaluated our antibodies directed against our target molecule, integrin 101, and demonstrated that they significantly reduce tumour growth of both glioblastoma and triple negative breast cancer (TNBC) in animal models. In the next step, we will produce selected antibody candidates and conduct bioanalyses and toxicological trials to prepare for clinical trials.

The European Patent Office (EPO) has now granted our brain cancer patent through 2036, thereby protecting the treatment of glioblastoma and other brain tumours with antibodies that are directed against our target molecule. Moreover, on 7 January, we announced we have obtained preliminary approval from the US Patent Office for a similar application in the US. The successes in our patentportfolio ensure the development and commercialisation of our targeted therapeutic antibodies for cancer treatments, and pave the way for continued development towards clinical trials and partnership dialogues.

The work to make our subsidiary, Targinta, which is pursuing our oncology project, an independent, self-financing company in 2021 is proceeding as planned. In December, we recruited Jeffrey Abbey as Senior Management Advisor to have a central role in the work of developing and financing Targinta. Jeffrey Abbey has more than 20 years' experience of biologics and has spent much of his career focused on the development of innovative cancer therapies and we are delighted to have recruited Jeffrey to Targinta.

Recently, we also announced two valuable new recruitments to our Board of Directors. Lars Hedbys and Maarten de Château will be proposed as new Board members at the next Annual General Meeting and until that time will be adjoined to upcoming Board meetings. We very much look forward to having Lars and Maarten on our Board. Their knowledge and experience of the life science industry will be of great value ahead of clinical trials, partnerships and commercialisation.

On 23 November, we announced the results of subscriptions for warrants received in conjunction with the company's new share issue in July 2020. Of the total number of warrants outstanding, approximately 98 percent were subscribed, which netted Xintela approximately MSEK 37.4 in proceeds before issuance costs.

In January, we conducted an offset issue directed to Gerhard Dal, which involved a debt of MSEK 8.6 being set off against new shares in Xintela in accordance with his convertible loan agreement.

On 4 December, we also announced that the arbitration between Xintela and four underwriters, pertaining to the dispute that arose in conjunction with a rights issue that was planned for September 2018 but not executed, was resolved in Xintela's favour. The arbitration established that Xintela was not liable to pay any remuneration to the underwriters and that they must pay certain costs of the arbitration process.

Xintela's technology platform XINMARK is based on specific cell-surface proteins (integrins) and antibodies that bind to these integrins. Xintela uses the marker technology to select and assure the quality of stem cells for the development of stem cell products (XSTEM®) for diseases that currently lack effective treatment alternatives, such as the degenerative joint disease osteoarthritis. Studies on horses with osteoarthritis have demonstrated that the stem cells are safe and have a positive effect on cartilage and bone. Xintela has established its own GMP facility for stem cell manufacturing and is preparing a first-in-human trial on patients with osteoarthritis of the knee. At the same time, Xintela is preparing for the development of an animal stem cell product and also evaluating other indications including Acute Respiratory Distress Syndrome (ARDS), a lung condition that affects seriously ill COVID-19 patients.

In the company's oncology program, Xintela is developing antibody-based therapies for the treatment of aggressive forms of cancer. Positive preclinical findings have shown that the company's antibodies targeted on integrin 101 have a killing effect on cancer cells and inhibit the growth of glioblastoma and triple-negative breast cancer in animal models.

Research and development costs, which account for the highest portion of the Company's costs, amounted to TSEK 38,170 (34,714) for the January-December period. The corresponding figures for the fourth quarter were TSEK 12,658 (13,181).

Marketing and sales costs for the year amounted to TSEK 3,757 (4,741). The corresponding figures for the fourth quarter were TSEK 1,052 (1,090). Due to the pandemic, travel costs have fallen dramatically, which led to lower costs this year compared to last.

Cash flow and investments
Xintela's cash flow for the January-December period of 2020 was a positive TSEK 33,189 (neg: 30,985). Investments amounted to TSEK 383 (1,744), of which tangible assets accounted for TSEK 383 (1,619). The investments are linked to the establishment of Xintela's own GMP facility for the manufacture of stem cells for clinical trials.

At 31 December 2020, the number of shares was 73,966,564. The Company has only one class of shares. Each share carries identical rights to the Company's assets and earnings, and one vote at General Meetings.

This year-end report has not been reviewed by the Company's auditor.

Proposed allocation of Xintela's profits
The Board of Directors and CEO recommend that no dividend be paid for the 2020 financial year.

Limited resources
Xintela AB is a small company with limited resources in terms of management, administration and capital. The implementation of any major strategies requires optimisation of the Company's resource appropriation. There is a risk that the Company's resources could be insufficient, and lead to financial and operational problems. The Board works continuously to secure financing for the company's needs based on various scenarios, including revenue from licensing and partnerships to external funding.

Dependence on key individuals and employees
Xintela AB's success is based on the knowledge, experience and creativity of a few specific individuals. The Company's future is dependent on being able to recruit qualified employees. The Company works hard to reduce this dependency by maintaining proper documentation of procedures and working methods.

Earning capacity and capital requirements
Drug development is both expensive and time-consuming. It may take longer than expected before the Company can generate a positive cash flow. To cover these costs, Xintela AB may need to raise new capital. There is no guarantee that such capital can be obtained on terms that are favourable to shareholders. Failure to generate sufficient profits may impact the Company's market value.

Sales risk
There is no certainty that the products developed by the Company will gain the market acceptance reflected in this interim report. The quantity of products sold may be lower, and the period required for market establishment may be longer, than the Company currently has reason to believe.

Greg Batcheller
Chairman of the Board

This information is such information that Xintela AB is required to publish under the EU Market Abuse Regulation. The information was issued for publication through the agency of the above contact person on 26 February 2021 at 8:55 a.m. CET. 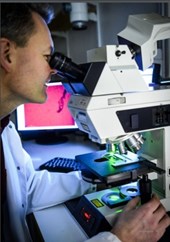