"As we are now commissioning the second "Dragon 4" unit, it's with vital experience of cost-efficient onshore and offshore operations. In Vestmanna, we have created a flexible setup, where a small team can assemble and launch the kite in a few hours, practically in all tidal conditions.  This operating methodology can be transferred to any location," says Dr Martin Edlund, CEO of Minesto.

"At first glance, the two "Dragon 4" kites look identical, though a few upgrades have been implemented as part of the product development process. It's only three months between the installation of these two units, and it is satisfying to note that this short period is sufficient time to assess, decide, install, and test upgrades prior to delivery. This also underlines the fabrication friendliness of our technology," says Bernt Erik Westre, CTO of Minesto.

Minesto is a leading marine energy technology company with the mission to minimise the global carbon footprint of the energy industry by enabling plannable commercial power production from the ocean.

With more than €40 million of awarded funding from the European Regional Development Fund through the Welsh European Funding Office, European Innovation Council and InnoEnergy, Minesto is the European Union's largest investment in marine energy to date.

Minesto was founded in 2007 and has operations in Sweden, the Faroe Islands, Wales, Northern Ireland and Taiwan. The major shareholders in Minesto are BGA Invest and Corespring New Technology. The Minesto share (MINEST) is traded on Nasdaq First North Growth Market. Certified Adviser is G&W Fondkommission, email: [email protected], telephone: +46 8 503 000 50.

Read more about Minesto at www.minesto.com

Press images and other media material is available for download via bit.ly/Minesto_media.

Financial information including reports, prospectuses and company descriptions is available in Swedish at www.minesto.com/investor. 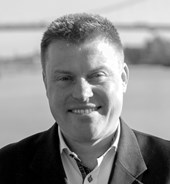