The leading Nordic fuel cell company PowerCell Sweden AB (publ) has a unique reformer technology which makes it possible to extract hydrogen rich gas from biofuels and conventional fossil fuels. The company has received a patent for an improved and a more compact clean up system that reduces the amount of carbon monoxide in the gas.

PowerCell manufactures fuel cell stacks and systems that make it possible to reduce dependence on fossil fuels. In anticipation of a hydrogen society, PowerCell already provides sustainable and energy efficient technologies to extract hydrogen rich gases from fuels such as ethanol, methanol and natural gas.

"The use of reformer in our fuel cell system reduces emissions and fuel consumption significantly compared with a conventional combustion engine", says Per Ekdunge, CTO and founder of PowerCell.

"By combining our leading know-how in fuel cells and reforming technology, we have further developed a clean-up system that purifies the gas from carbon monoxide, while providing a more homogeneously mixed gas. The result is an improved performance in the fuel cell as well as a system that is more compact", said Per Ekdunge.

The patented clean up-system can be used in all fuel cell systems which are supplied with reformers, and makes the technology cheaper and easier to install for customers. This is especially interesting for the Chinese market where there is a large surplus of available methanol, which through reforming can be used to power fuel cells in various types of applications.

PowerCell's patent strategy is to build a competitive patent portfolio and securing investments in new products, services and technologies. The patents cover the fundamental technology, particularly in key areas such as fuel cell stacks and reformates. PowerCell's patent portfolio consists of 74 granted patents and over 30 patent applications. The newly granted patent was submitted in December 2014.

The patent is strategically important, but has a limited impact on the company's results.

This information is insider information that PowerCell Sweden AB (Publ) is obliged to make public pursuant to the EU Market Abuse Regulation. The information was submitted for publication, through the agency of the contact person set out above, at 14:30 CET on March 22, 2017.

PowerCell has developed a modular system of fuel cell platforms, powered by clean environmentally friendly produced hydrogen where only electricity, heat and water are emissions. The fuel cells are also designed to handle the reformed hydrogen from e.g. biogas, natural gas, biodiesel or standard diesel.

In case hydrogen infrastructure is missing, PowerCell has combined its leading fuel cell and reformer technology and developed a fuel cell system, PowerPac, which converts standard diesel, with hydrogen, into electricity. This is done in an energy efficient and environmentally friendly way, in which emissions of carbon monoxide, nitrogen oxides and particles are completely eliminated and the carbon dioxide is greatly reduced compared with a conventional diesel engine.

PowerCell Sweden AB (publ) is listed on First North at Nasdaq Stockholm and is an industrial spinout from the Volvo Group. G&W Fondkommission is appointed Certified Adviser by the Company. Among the largest owners are Midroc New Technology, Fouriertransform, Finindus and Volvo Group Venture Capital. For additional information, please visit: www.PowerCell.se 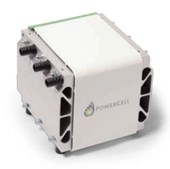 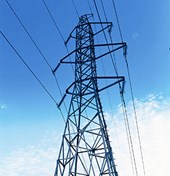